Paris is a beautiful city with so much to see and do. If you’re visiting for the first time, you may be wondering how to get around. Public transportation is great, but one of the best ways to see the city is by bike! Have you thought about bike rentals in Paris France?

Here are some of the best places to rent a bike in Paris: 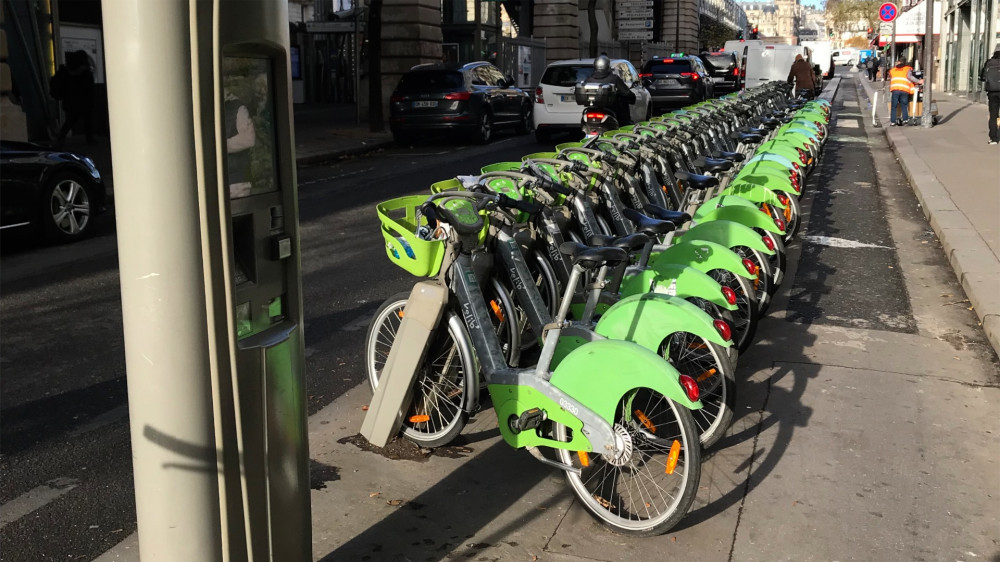 This is Paris’ public bike-sharing system and it’s a great option if you’re looking for a cheap way to get around. You can find Velib’ stations all over the city, so you’re never far from a bike. Prices start at just 7 euros per day, making it a very budget-friendly option.

How to Rent a Velib: 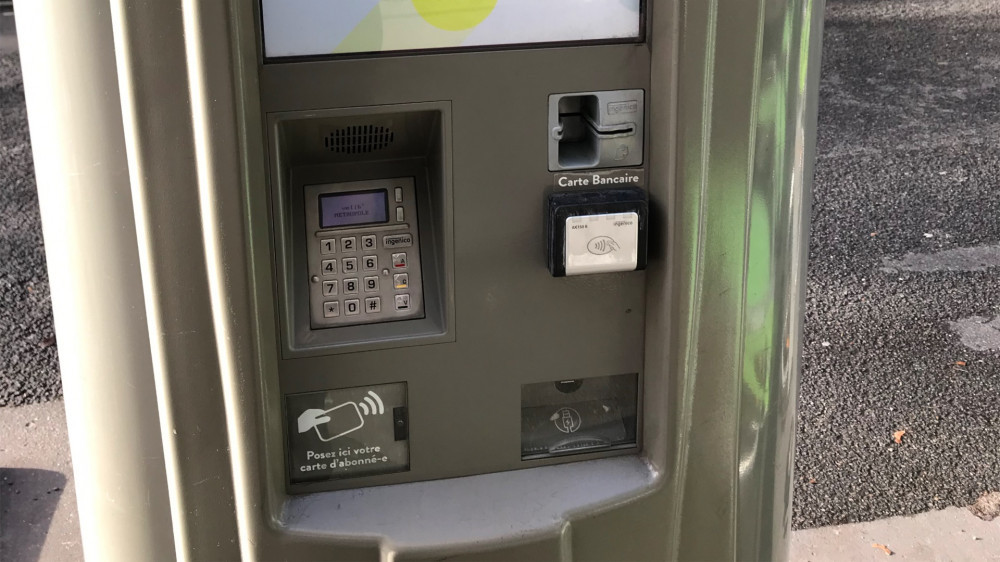 First, you’ll need to purchase a ticket. Tickets can be bought online or at any Velib station. If you’re planning on using Velib frequently during your stay in Paris, we recommend buying a weekly or monthly pass; single-day passes are also available for purchase.

Once you have your ticket, simply insert it into the slot next to the bike you’d like to rent, and the bike will be released. You can then take the bike from the station and ride it to your destination. Just be sure to return the bike to a Velib station when you’re finished; if you try to return the bike anywhere else, you’ll be charged an extra fee.

All Velib bikes are equipped with hand brakes, front and rear lights, and a bell. They also have a basket in front for carrying any belongings you may have with you. Additionally, all bikes are designed for adults; children under the age of 16 are not permitted to use Velib bikes.

More information can be found on their website: velib’ Metropolis

Betty’s Bikes is a great option if you’re looking for something a little more high-end. They offer electric bikes, which are perfect for getting around the hilly streets of Paris. Prices start at 25 euros per day.

If you’re a fan of classic bikes, then you’ve probably heard of Betty’s Bike. Named after its founder, Betty Kobylinski, Betty’s Bike is a Paris-based bicycle brand that has been around since the early 1940s. While the company has changed ownership several times over the years, it has always remained true to its roots, producing high-quality, beautiful bikes that are built to last.

Betty’s Bike was founded in 1941 by Polish immigrant Betty Kobylinski. After moving to Paris in the 1930s, Betty began working as a bicycle mechanic and quickly gained a reputation for her skills. When World War II broke out, Betty started making her own bikes from scratch out of spare parts she could find. These “rat bikes,” as they came to be known, were rudimentary but functional, and they soon became popular with the Resistance fighters who used them to transport messages and supplies around Nazi-occupied Paris.

After the war, Betty continued to make and sell bikes out of her small workshop. As business grew, she began to hire employees and expand her operation. In time, Betty’s Bike became one of the most well-known bicycle brands in Europe. Thanks to its reputation for quality and durability, Betty’s Bike was especially popular with professional cyclists, many of whom rode the brand’s bikes to victory in some of the biggest races of the day.

In recent years, Betty’s Bike has seen something of a revival thanks to a new generation of fans who appreciate the company’s history and craftsmanship. Though it is now owned by an American conglomerate, Betty’s Bike continues to produce its bicycles in France using many of the same methods and materials that were used in the company’s early days. If you’re in the market for a classic bike that will turn heads and last for decades, Betty’s Bike is definitely worth checking out.

If you’re looking for an eco-friendly option, look no further than MyVelosophy. This company Offers bikes that are made entirely out of recycled materials. They also have electric bikes available for those who want a little extra help getting around. Prices start at 20 euros per day.

As the world’s largest bike-sharing system, MyVelosophy is perfect for exploring Paris – a city made for cycling! With over 20,000 bikes available at 1,800 stations across the city, it’s easy to see why Parisians have fallen in love with MyVelosophy.

Whether you’re looking for iconic landmarks or simply want to enjoy a leisurely ride along the river, exploring Paris by bike is an experience you won’t soon forget! With over 20,000 bikes available at 1,800 stations across the city, MyVelosophy makes it easy and convenient to get around. So what are you waiting for? Hop on a bike and start exploring today!

Click Velosophy bikes here to see more about their philosphy.

Mobike has over 1,000 bikes available at 200+ stations around the city.

How to Rent a Mobike in Paris:

That’s it! You’ve successfully rented a Mobike in Paris!

Renting a Mobike in Paris is easy and convenient! With just a few clicks on your smartphone, you can explore the City of Light on two wheels.

If you’re looking for a more traditional rental experience, there are also several bike rental shops in Paris that offer hourly, daily, or weekly rates. Some of the most popular shops include Joss Bikes, Bikingmaniak, and Cycland. Prices will vary depending on the shop and the type of bike you’re renting, but you can expect to pay around 20-30 euros per day for a standard road bike.

Key Places to See in Paris

One of the most iconic landmarks in the world, the Eiffel Tower is a must-see when visiting Paris. And what better way to see it than from the seat of of one of the bike rentals up above? Cycling around the base of the tower is the perfect way to take in its size and splendor. Plus, there’s no need to worry about fighting the crowds – there are plenty of bike stations nearby so you can avoid the lines and get right to sightseeing!

Another Parisian landmark that’s best seen by bike is the Louvre Museum. Home to some of the most famous works of art in the world, including the Mona Lisa and Venus de Milo, the Louvre is a must-visit for any art lover. What’s more, it’s located right in the heart of Paris so you can easily hop on a rental bike and be there in no time. Plus, with so many stations nearby, you can easily explore other nearby attractions like Notre Dame Cathedral and The Orangerie Museum.

No trip to Paris would be complete without a leisurely stroll along the banks of the Seine River. And what better way to do that than on two wheels? Cycling along the river is a great way to take in all that Paris has to offer, from its stunning architecture to its beautiful parks and gardens. Plus, with all the bike stations along or near the Seine, it’s easy to find a place to park your bike and enjoy a picnic lunch or an afternoon of people watching. 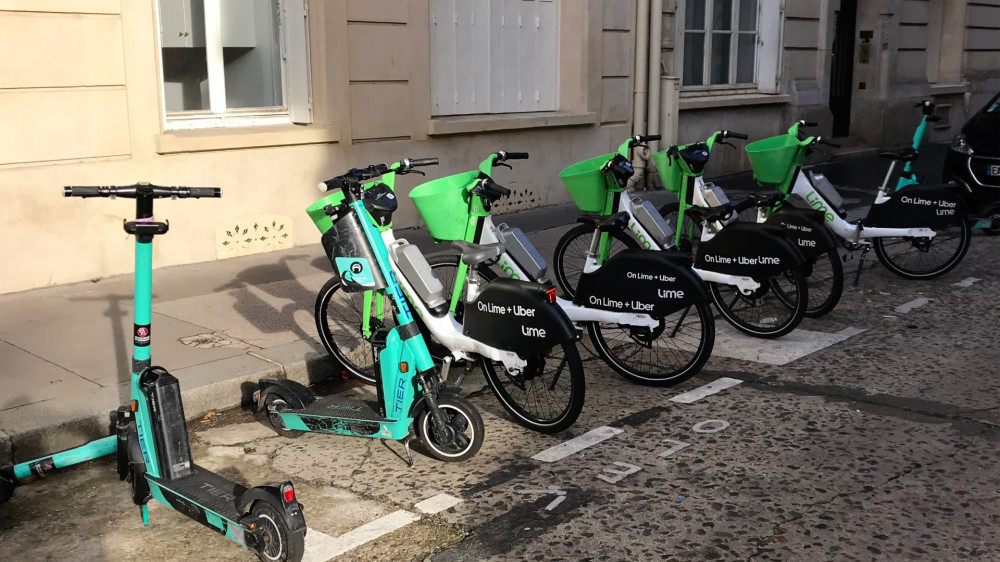 There are lots of great reasons to rent a bike during your visit to Paris. Whether you’re looking for something budget-friendly, high-end, or eco-friendly, there’s an option for you! So get out there and explore the city on two wheels! Just be sure to familiarize yourself with the city’s cycling rules and regulations before hitting the streets!

The Velib’ is a great way to see Paris while getting some exercise and fresh air. With over 1,800 Velib’ stations located throughout the city, there is sure to be one near your hotel or apartment. So why not give it a try during your next visit to Paris? Bon voyage!

If you want more information on biking in Europe, check out “What You Should Know About the 23 Best Bike Friendly Cities in Europe” article.

Scroll Up
Manage Cookie Consent
We use cookies to optimize our website and our service.
Manage options Manage services Manage vendors Read more about these purposes
Preferences
{title} {title} {title}